Heartburn is a well-known burning sensation in the upper abdomen and along the esophagus. Its main cause is gastroesophageal reflux disease (GERD). With it, the acidic contents of the stomach enter the esophagus due to the weakness of the sphincter that separates the two organs. According to various sources, from 20% to 50% of the adult population of Russia suffer from this disease.
Gastroenterologists and oncologists consider GERD a risk factor for the development of a type of esophageal cancer, adenocarcinoma. Scientists suggest that the connection between heartburn and this tumor is due to: 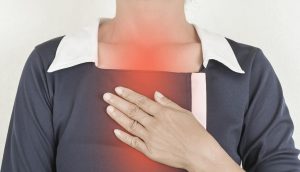 direct damaging effect of acid and, in certain cases, bile on the mucosa of the esophagus;
the formation of nitrous compounds, which can rise up the esophagus and enter the pharynx and larynx.
The authors of the new study point out that understanding the common risk factors for esophageal and upper respiratory tract cancers will help identify risk groups that require special attention (surveillance and prevention).
Previously, several studies have been devoted to the relationship between GERD and laryngeal cancer, but they have not given a clear answer. A meta-analysis of such studies has shown that the risk of squamous cell carcinoma of the larynx increases by 2.37 times in GERD. However, many scientists are of the opinion that this relationship is due to other reasons, such as smoking and alcohol consumption.
GERD, esophageal cancer, and laryngeal cancer 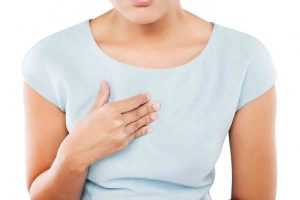 In a new study, researchers at the US National Cancer Institute wanted to test whether GERD is associated with an increased risk of developing two common cancers, squamous cell carcinomas of the esophagus and larynx. To do this, they analyzed data on 490,000 people who were followed for 16 years since 1996.
At the start of the study, participants filled out questionnaires about their lifestyle. Scientists obtained additional data about their health from the Medicare health insurance database. According to these estimates, 24% of them had GERD.
Scientists tracked how many people developed malignant tumors of the esophagus and larynx over 16 years of observation. They concluded that the risk of the two cancers that the study focused on was twice as high in people with GERD. This risk did not depend on whether people smoke and drink alcohol, as well as on gender and social status.
According to the authors of the study, about 17% of cancers of the esophagus and larynx are associated with GERD. In the future, scientists want to know if cancer can be prevented with effective treatment for GERD https://en.wikipedia.org/wiki/Gastroesophageal_reflux_disease.